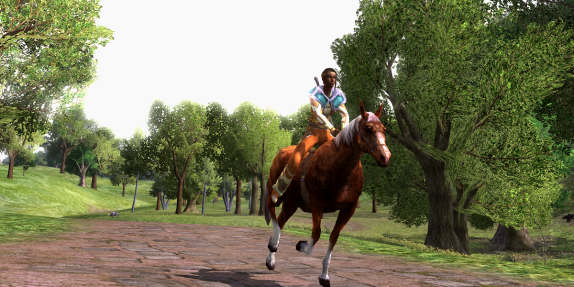 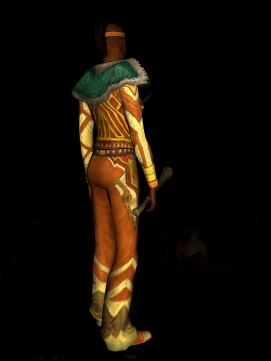 With the Black Friday sales this weekend, I picked up a package that came with enough TP to grab the Beorning class, so I now have a flame-eyed shapeshifter named Solina. She’s rather taken to orange to match her eyes and facial tattoo, and to the ostentatious patterns of some dwarven garb.

She has since, for questing, acquired a Flames of the Deep cloak, dyed turquoise, and Ceremonial Town-saver’s Shoulders, dyed rust. So I may update this post later to add images of those. But for roaming about town, I like this simple-but-busy combination.

Edited: Here are screenshots of the variation. Forgot to mention I also re-dyed the Worn Hood burgundy for this version. 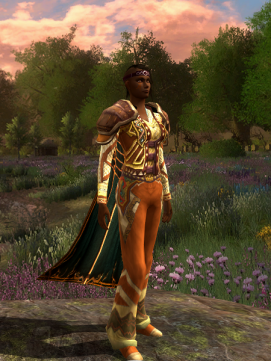 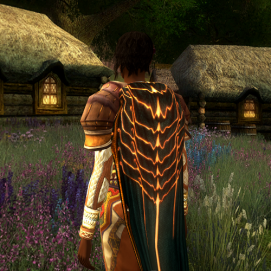 3 comments on “A bright Beorning”